Kyuss King has been on the surfing world’s radar for over a decade now which is a seriously long time for someone who is only 21-years-of-age. That being said, the Byron Bay local was yet to put a WSL event victory to his name, until today, where he took the biggest win of his career. King was slowly building all event, peaking in the Semifinals before coming up against 2022 form surfer Joel Vaughan. In the Final against Vaughan, King looked unbeatable, posting his winning total of 11.84 in his first two waves. The exciting young natural footer now heads to the final stop of the Australia / Oceania QS, Newcastle Surfest, sitting in second place on the regional rankings. 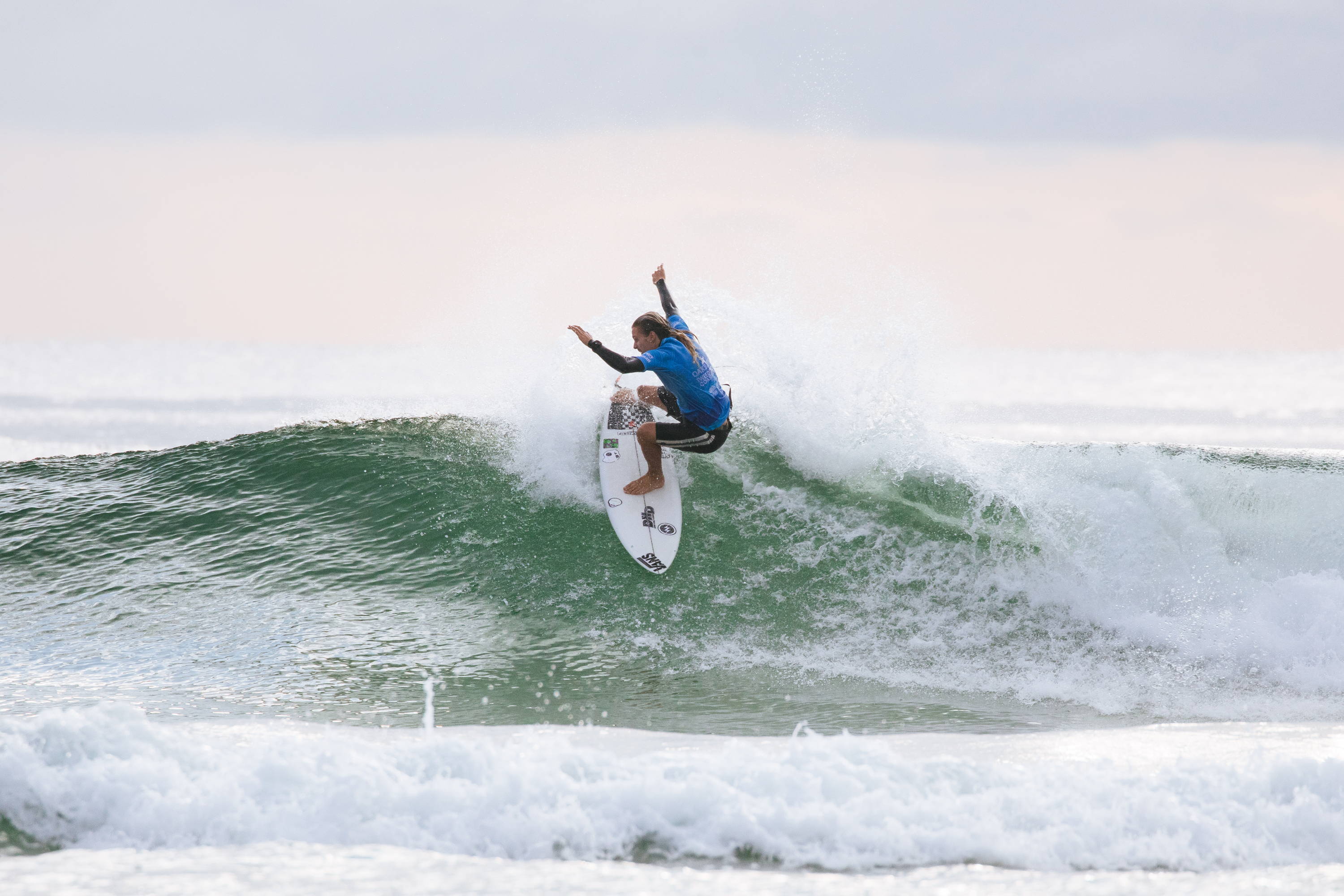 “This is my first ever WSL event win and I can’t even explain how stoked I am right now,” King said. “I’ve been dreaming of this day my whole life and it feels like the hard work has paid off. I live just down the road and feel really comfortable here so I've just enjoyed this week, having fun and taking it easy and that has seemed to work for me. The rankings jump is good but I still have one event to go."

On his way to the Final, King took down event standout and Championship Tour competitor Ethan Ewing with the highest two-wave total of the entire event. King’s 17.33 two-wave combination included a near-perfect 9.33 (out of a possible 10) for a massive straight air slob grab.

After falling off the elite Championship Tour at the end of 2015, Sunshine Coast competitor Dimity Stoyle has had one foot in the competitive surfing door and one in the ‘Shimmy Disco’ party DJ door, with DJ'ing seeming to be taking priority for a few years. After a couple of encouraging results on the 2021 Challenger Series and the support of a new sponsor in Roxy, Dimity has a new found fire for competition lit under her and today it showed as she claimed her biggest win since Surfest Newcastle in 2014. Stoyle was solid all week at Cabarita but saved her best performance till last, only catching two waves in the Final to post an impressive 13.33 two wave combination to take the win over the event standout Sophie McCulloch.

“I went full Steph mode (Steph Gilmore) and only caught two waves,” Stoyle said. “That’s all I needed – but seriously though, I’m so happy right now – I feel like all the hard work from last year is only just starting to pay off. The last time I won an event this big was the year I qualified and in that year everything felt right. I’ve got the same feeling again this year so hope I’m heading in the same direction. It’s been such a fun week here at Cabarita, the waves have literally pumped everyday – we’ve been so lucky."

Sophie McCulloch was the woman to beat all week at Cabarita, consistently posting the highest heat totals of each round with her perfect timing and powerful snaps which suited the long running right hand walls. Although she wasn’t able to continue this dominance in the Final, McCulloch leaves Cabarita, leading the Australia / Oceania rankings heading into Newcastle with a huge opportunity at locking in her Challenger Series spot for 2022 with a mass of momentum behind her.

“I’m really happy to be performing consistently in the jersey,” McCulloch said. “Obviously it stings a little not to get the win – but I’m stoked for Dimity. I suppose as well that if you don’t win there is always something to learn from the experience and I definitely learned a lot from that Final and I'm looking forward to heading down to ‘Newy’ and taking the shackles off a bit more. The end goal is to perform at a Championship Tour level in a jersey and that’s my focus between now and the Challenger Series and hopefully when that comes around I can keep the momentum.”

Central Coaster Joel Vaughan has been on a tear in 2022 and that form continued today as he took second place at Cabarita and with it, moved to the top of the regional QS rankings. Already having a win on the QS and the Junior series this year, Vaughan is only a couple of heats away from securing himself a spot on the Challenger Series for the first time in his career.

“I’m really stoked to make the QS 5000 final,” Vaughan said. “It’s the most points I’ve ever won and feels good having this result coming into the last comp of the year – it just takes a bit of pressure off as I look to qualify for the challenger series. It was super cool coming up against Kyuss, he’s a good friend and a really good person so although I wish I got the win, I’m really happy for him.” 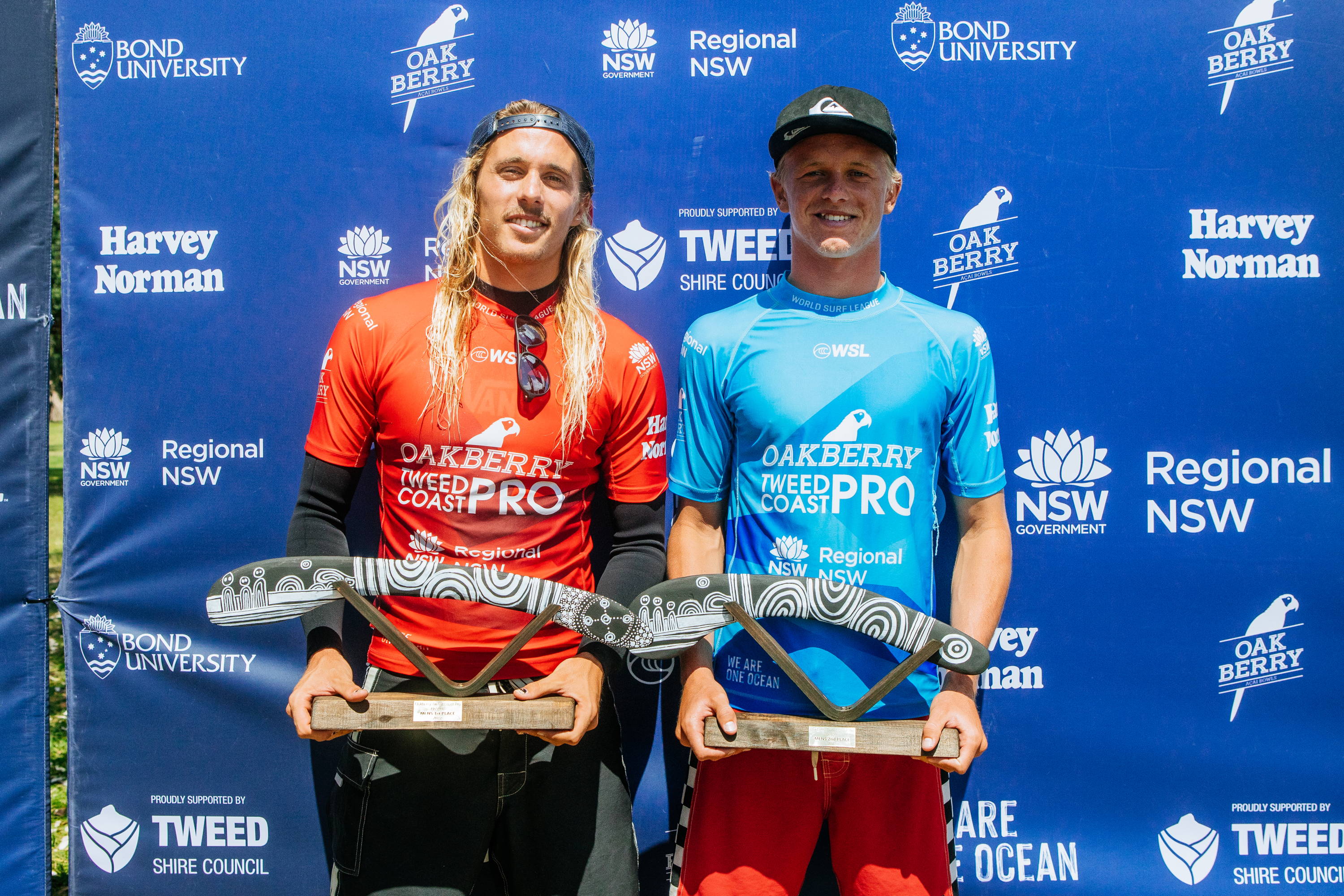