The peaky rip bowl conditions made for an outstanding end to the event as the top surfers in Australia and New Zealand gave it their all in testing conditions. 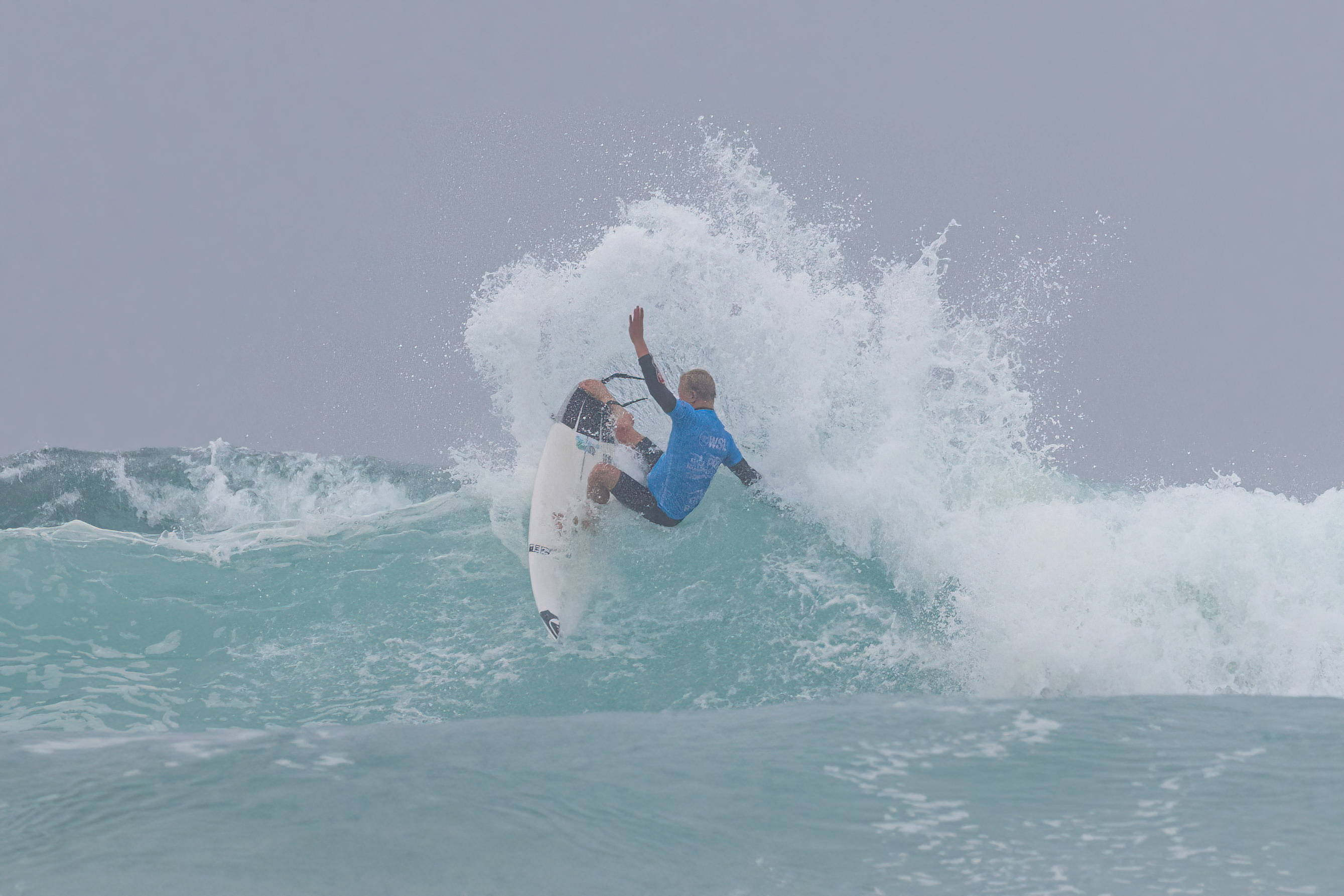 On the Men’s side of the draw, proud North Shelly surfer Joel Vaughan was pitted against powerful Noosa natural-footer Cooper Davies. The Australian duo were two of the most consistent surfers across the event period and showed off their credentials as serious threats to qualify for the Challenger Series which is set to begin in May. In a back and forth heat, the two in-form surfers were able to go blow-for-blow both posting an array of scores in the bowly afternoon conditions.

Vaughan started the final with a bang, dropping a 6.75 after being rewarded for attacking big sections on a set wave. Davies was then able to score two mid-range scores to get his finals campaign underway keeping him right on Vaughan’s tail, however the Central Coast surfer continued to show off his elite rail game and score an 8.00 in the dying stages to put the requirement out of reach for the Sunshine Coast surfer couldn’t catch.

It means that after a second-place finish at Phillip Island in the first Qualifying Series event of the year, Vaughan goes to the top of the regional QS rankings and has a solid buffer heading into the Gage Roads Port Stephens Pro.

“I’m stoked to have taken out my first Qualifying Series event here at Boomerang,” Vaughan said. “The waves have been great all week and have presented such a fun event for all of the field. All the guys in the draw were top-notch all week and to get a win against them is a great achievement that I’m immensely proud of. I’m really looking forward to the Gage Roads Port Stephens Pro and hopefully, I can continue this run of form.”