11-time World Champion Kelly Slater (USA) won the Billabong Pro Pipeline, the first stop on the World Surf League (WSL) 2022 Championship Tour (CT), over local hero Seth Moniz (HAW) in pumping eight-to-twelve foot surf. With a near-perfect score of 18.77 (out of a possible 20) and on his 30th year surfing amongst the world’s best, Slater earned his 8th CT win at the world-renowned Banzai Pipeline, marking his 56th CT victory.

“I don’t even know what to say,” said Slater. “I was out there just telling myself to be in the moment, no matter how much tension there is. Just breathe. So I was just breathing, being in the moment. I thought Seth (Moniz) broke the combo because of the crowd and I said, ‘Just stay in the moment, soak it up.' But I just savored this and this is the best win of my life.”

The exhaustion from two previous heats in demanding conditions felt palpable as both Slater and Moniz wiped out on their first few rides in the Final. Ten minutes in, the 49-year-old turned the heat up with an extra-long forehand barrel at Backdoor for a 9-point ride and a commanding early lead. While the Hawaiian’s attempts remained unsuccessful, Slater continued to build momentum with a 7.17 to put Moniz in a combination situation needing two scores to challenge him for the title. Far from contempt with a 16+ total, Slater found a third gem on Backdoor to improve his backup score to an 8.17.

With two minutes on the clock and while the heat result was all but final, both surfers locked into insane back-to-back 9+ points barrels at Backdoor and had the huge crowds erupting on the beach, putting a final exciting touch to an incredible week of high-performance surfing. 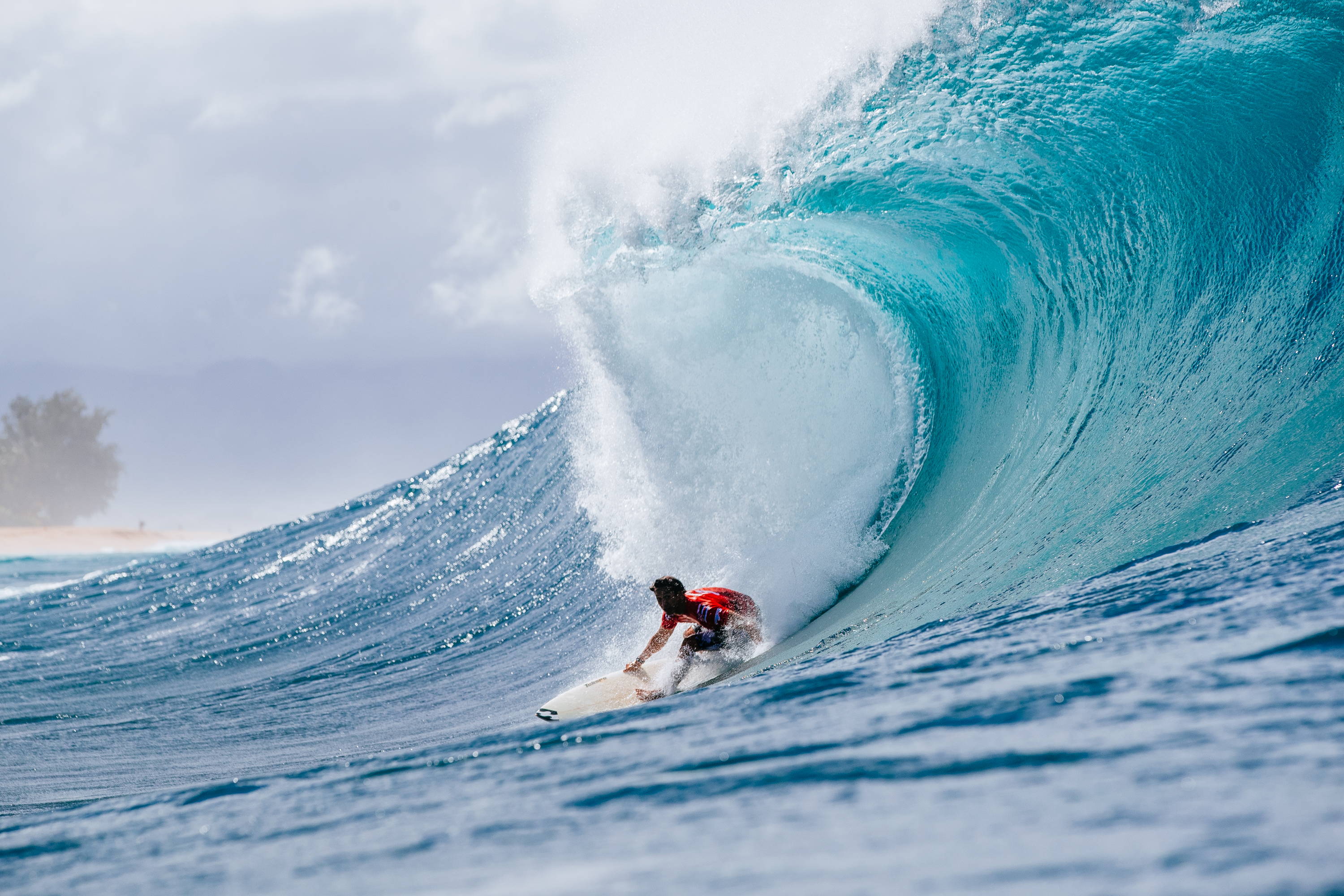 Earlier in the day, Slater won heats against Kanoa Igarashi (JPN) and Miguel Pupo (BRA) in dominating fashion. Igarashi had a 3-0 record against the now eight-time Pipeline event winner until their Quarterfinal bout. Unfortunately for Pupo, the heat began with an interference on him as Slater looked to go Backdoor and Pupo had his eyes on Pipeline, which was deemed a non-makeable wave.

In only his third season on the CT, Moniz continued to impress with a massive result, a runner-up finish on his home turf. A favorite when it comes to big, hollow waves, the Hawaiian was lifted by the support of huge crowds on the beach at Pipeline.

“We had a special moment before our Final and it was really special sharing a Final with him out there,” said Moniz. “Honestly, I felt like I was just out there watching him surf underneath me and every time he got a wave it was an eight or nine, and I’m like, ‘Oh my god, here we go.’ I took some beatings in the heat before and I was really tired and making some big mistakes, but it was an honor to surf against him.”